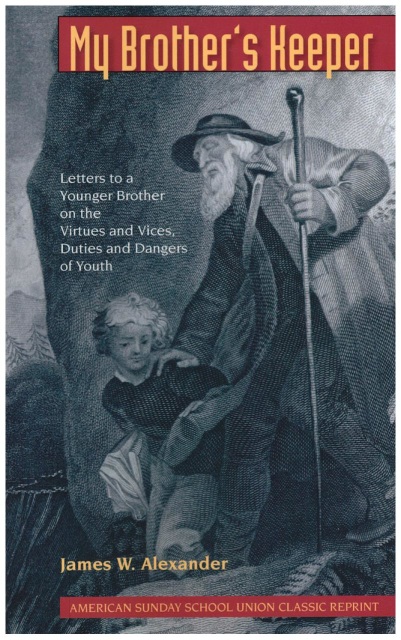 "Am I my brother's keeper?" These words have become the mark of Cain for thousands of years since they were first uttered. He has been set forth from the beginning as the pre-eminent example of ungodliness in brotherly relations.

James W. Alexander (1804-1859) was the first born son of Archibald and Janetta Alexander. This book is clear proof that he took seriously his position in the family. Each of the twenty-one chapters in this book is a letter that was originally written and sent to his youngest brother. It is crystal clear that Alexander embraced his role to be his brother's keeper, and hence the title of this volume.

Letters to a younger brother on the virtues and vices, duties and dangers of youth by James W Alexander